12 Images of Hapas Who Love Being Mixed Race 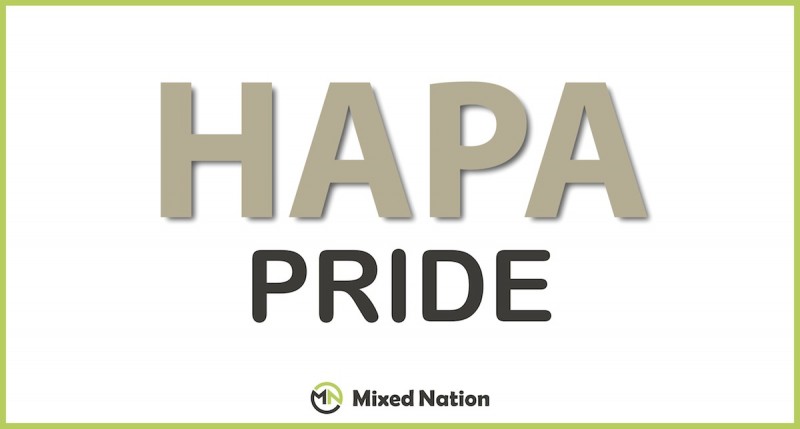 Have you ever heard the term “hapa” before? I encountered the term firsthand in Hawaii two years ago as I was paying at a register. The native Hawaiian cashier said, “Are you hapa? You look mixed.”

I was intrigued to learn more about the origin and use of the term, so I looked it up online and found that hapa actually originated in Hawaii and means “part” or “mixed”. Hawaiians use the term to describe someone who has a mixed heritage. For those of us in the Continental U.S., it describes someone who is of mixed Asian or Pacific Islander descent.

As I did some more research I came across a lot of great resources and online communities for hapas, including hapavoice.com, a hapa Facebook group and a Hawaiian musical group called HAPA that consists of a guy who is from the South Pacific and a guy from New Jersey.  There’s even an entire photographic Hapa Project that was created by artist Kip Fulbeck to showcase the diversity of hapas.

The one unifying theme that I found was that hapas take great pride in their heritage, and they love sharing and educating others about their mixed background. So that inspired me to reach out to some fellow hapas and ask them to share why they love being mixed, in a single photograph, in a single sentence.

Here are 12 of those hapas (including me):

As you know from my previous articles, my father is from Oklahoma and my mother is from Korea, so I have acquired quite a taste for both southern cooking AND spicy food!

This is my older brother Eddie. He lives in Hawaii and works at the Aulani Disney Resort.

Raffy is Eddie’s coworker at the Disney resort.

Toni reached out to me online after she read my articles on Mixed Nation, and ever since then, we have become great friends. She’s an amazingly strong woman who has overcome various “disruptions” in her life, and she shares her thoughts and life journey on her blog: http://www.mylifeasadisrupter.com/

Dillon is Toni’s son. They share the same views on being mixed, and obviously, the same good looks!

Jan is my brother’s friend from high school. She and I bonded over our love of Hawaii and hip hop music. She has two beautiful hapa boys of her own.

Noah is a fellow writer with me on The Nerds of Color. He also wrote an amazing article on NPR’s Code Switch series titled “How I Learned to Feel Undesirable.”

Julie is a fellow hapa author who interviewed me for a book she is writing. It focuses on growing up mixed in San Francisco. You can learn more about her and the book at: http://www.juliegramlich.com/.

Julie also interviewed Krista for her book on being mixed, and then she introduced us. You can learn more about Krista’s view on “seeing the glass half full” on http://kristamariah.tumblr.com/ and http://lavenderbones.wordpress.com/.

Eric was the first person to respond to my post in the hapa Facebook group. His quote is truly inspirational.

Steven also responded in the hapa Facebook group. I love that he used humor to showcase his pride in being hapa.

Kristen is the wife of an old school friend of mine. You can check out his amazing artwork at https://www.facebook.com/JCPFreelanceandDesign

I wanted to end with Kristen’s picture because she perfectly summed up my collective thoughts on being mixed race. It’s great that we can love and appreciate our different races and cultures, but in the end we are all one race: The Human Race.

Check out our awesome HAPA t-shirts and other multicultural merchandise: www.MixedNationStore.com