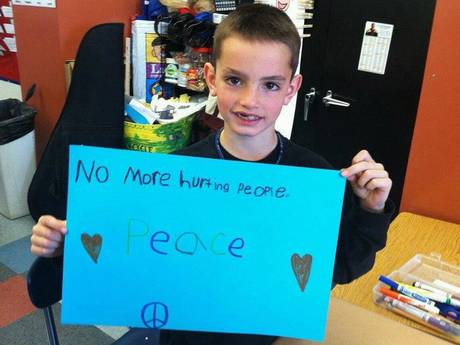 An eight-year-old boy, Martin Richards, was waiting at the finish line to give his father a hug at the Boston Marathon. He was killed as two hidden bombs detonated within seconds of each other. Little Martin was among the three people killed and more than 144 injured from this cowardly act of violence. This photo was taken of him in school with his beautiful message of non violence. His message and spirit will live on! God bless his soul.