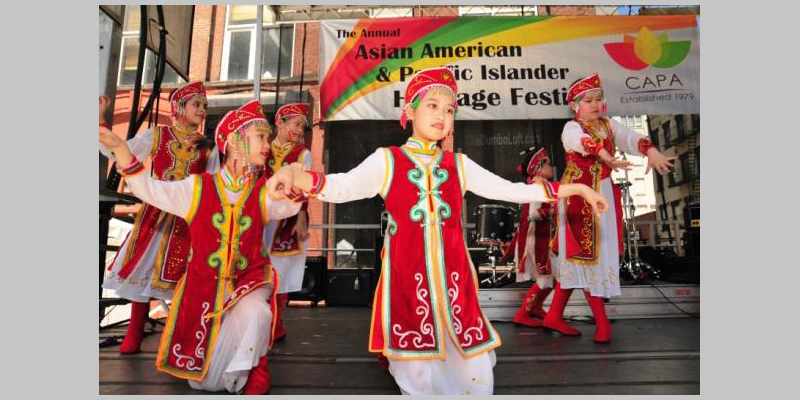 May is Asian American and Pacific Islander Heritage Month, a time to recognize and celebrate the culture, contributions and accomplishments of Asian Americans and Pacific Islanders in the United States. This includes the first Japanese immigrants in the United States in 1843, the Chinese immigrants who helped to complete the transcontinental railroad in 1869, the soldiers who fought in the American Armed Forces and the men and women who have contributed and continue to contribute to the social, political and economic growth of America.

This month-long celebration first started as a week-long celebration in 1979 when President Jimmy Carter signed a Joint Resolution declaring the first ten days of May Pacific American Heritage Week. In 1992 President George Bush signed a law that declared the entire month of May as Asian Pacific American Heritage Month. This law, which was unanimously supported by both the House of Representatives and the Senate, is now called Asian American and Pacific Islander Heritage Month.

There are many ways that you can show your appreciation to the Asian Americans and Pacific Islanders who have overcome barriers to make the American dream available to people of all races. You can start by doing some research on an Asian culture that interests you. Browse through the Library of Congress’ Asian-Pacific American Heritage Month website or visit the Asian American Justice Center website and learn about its goal to advance the civil rights of Asian Americans. Take a credit or non-credit language course and learn Korean, Japanese or Chinese. Ask your Asian American and Pacific Islander friends about their life experiences and see if they have been influenced by older generations.

You can also celebrate this month by following Asian American and Pacific Islander celebrities. Watch this PBS video of comedian Margaret Cho discussing her father’s escape from North Korea.

Like George Takei’s Facebook page and stay up-to-date as he shares humorous and touching stories of being an openly gay Japanese American. Follow Dwayne “The Rock” Johnson on Twitter and see how he inspires other Pacific Islanders to work hard and follow their dreams. Check out Jackie Chan’s Facebook page for his uplifting messages and great throw back photos!

Asian Americans and Pacific Islanders have contributed greatly to the success of the United States, so please take the time this month to show them your appreciation!