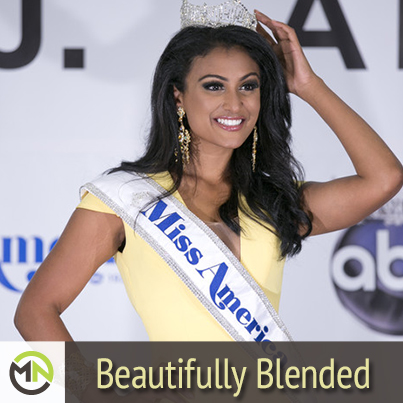 Congratulations to the new “Miss America” Nina Davuluri! She’s the first ever “Miss America” of Indian decent. Unfortunately the trend of online racism continued moments after she was crowned. People quickly took to the internet to spew their ignorant venom. The world is definitely showing signs of cultural harmony, but unfortunately the racism has continued to prove that we still have a long way to go! As quoted in The Toronto Star, Davuluri is aware of the negativity that has surfaced online and says “I have to rise above that, I always viewed myself as first and foremost American.” Davuluri has received the support she deserves back home in India and now plans on perusing a medical career like many of her family members.

Luke is the founder of Mixed Nation. His dream is to empower, inspire, and embrace Mixed Nation's global community. He's proud of his black & white mix, and strongly believes that people should be able to represent all of who they are. He's a former University of Louisville Cardinal & International professional basketball star. He graduated from U of L with a degree in communications. See more articles by this author >