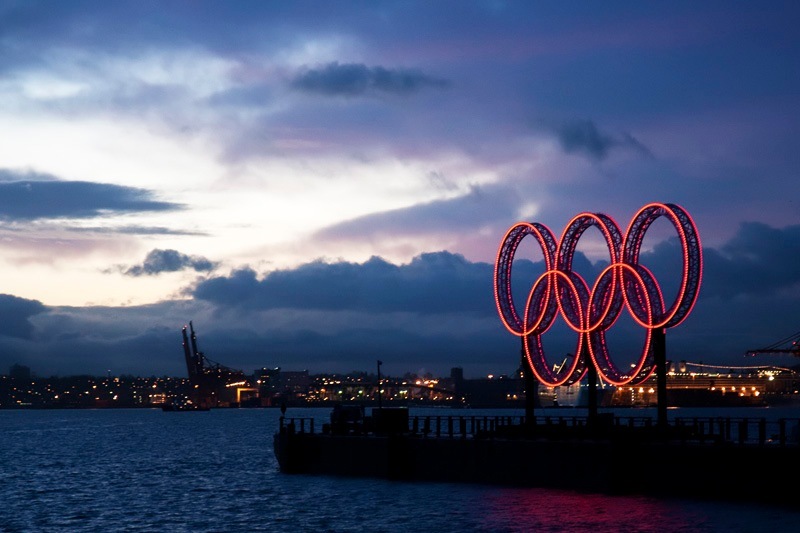 With almost every nation represented and nearly 400 events, the Olympic Games is the centre stage for the world’s athletic competition. The logo alone (the 5 Olympic rings) represent the unity of the five continents (Africa, America, Asia, Oceania, and Europe). Occurring every 2 years (rotating between the Winter and Summer Olympics), thousands of people tune in to support and cheer as their country’s top athletes compete for the gold.

This Winter’s Olympics have been rife with politics, and many pitfalls along the way. It has definitely been an interesting roller coaster ride so far. Despite the controversy surrounding the games, the sense of pride in your country and the appreciation for all of the hard work the athletes and families endure still captivates our hearts. One important thing to note in this year’s Olympics is the changing faces of representation. In previous Winter Olympics, the representation of black or mixed athletes was not as present as it is in this year’s games. On Team USA alone, there is an increased number of racially mixed athletes who are going for the gold and we couldn’t be happier to see this representation and athletic accomplishment!

There are many mixed race athletes competing on the US team, as well as an increasing number of African-Americans, when previously, the Winter Olympics typically saw more Caucasian representation.

We took a look at a few athletes that are representing our Mixed Nation this year:

LoLo Jones is no stranger to the Olympics! She defines elite athleticism. LoLo first appeared running the 100 meter hurdles competition in the 2008 Beijing Olympics. Unfortunately, she clipped one of the last hurdles and came in 7th. This didn’t break her spirit, and she continued to pursue her dream – and more. She made the 2012 London Olympics, and placed 4th in the 100 meter hurdles. She went on to announce that she would be a part of the US Women’s Bobsled team in the 2014 Sochi Olympics – and we are wishing her all of the luck to bring home the gold! LoLo Jones is a mix of French, African-American, Norwegian, and Native American.

Jazmine Fenlator will also be representing USA on the Women’s Bobsled team in Sochi. Jazmine began her career in bobsledding back in 2007 and has persevered forward ever since. She now joins LoLo Jones in the quest for gold, and we are so excited to watch her race! You can read about her amazing answers to overcoming adversity in her interview on Mother Jones here. We’re rooting for you!

Madison Chock took up skating at the tender age of 5! So, her career path to go on to represent Team USA for ice dancing and figure skating only made sense. This is her first ever time competing in the Olympics, and she will be hitting the ice with her partner, Evan Bates. Madison’s father is from Hawaiian-Chinese descent, and her mother has German, English, Irish, French and Dutch blood.  We will be glued to the tv and cheering her on!

Are you happy to see the increasing amount of representation at the Olympics? Do you feel that minorities are now becoming more visible? We’d love to hear your opinion!

One response to “Sochi 2014: A Changing Landscape”