What Causes a Culture of Competition & Violence? 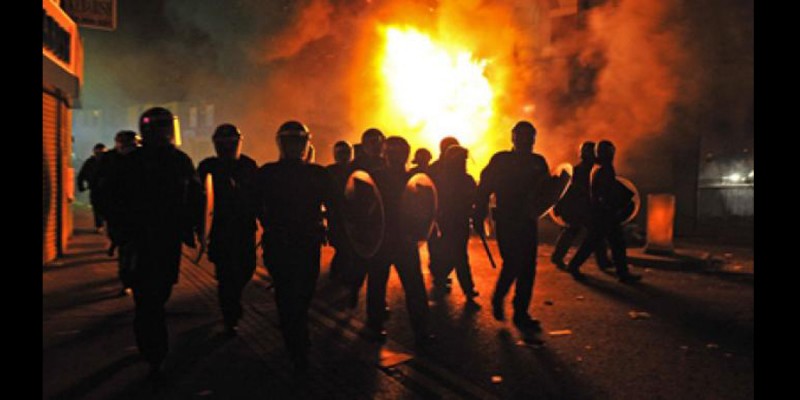 I grew up in a home where there was domestic violence. I was that kid in that apartment building whose mom was known as “that lady who gets beat by her husband”.  My first childhood memory is of my dad giving my mom a bloody nose and cops coming to our apartment to take my dad away to jail.

My mother helped me forgive my father when she explained how the trauma of the war in El Salvador affected them both, how my father had been abused by his military father and how my father had then also served in the military, obviously bearing witness to a lot of violence. But learning more about the war in El Salvador only left me with more questions when I connected the dots between colonization, slavery, war, immigration, and poverty.

In addition to witnessing several incidents of domestic violence, there was also gang violence I saw on a regular basis in the working-class neighborhood I grew up in, the (1980s and 90s) Mission District of San Francisco, CA. Many residents were other immigrant families who had also fled their war-torn countries to give their children a better quality of life. But the life-long impact of war trauma is not something you can just run away from. My family is but one example of how war has impacted millions of families. Some parents were so traumatized by war and overwhelmed with the immigrant experience that they became alcoholics and/or drug addicts to escape their bitter reality. I knew kids who were growing up in such neglectful and abusive homes that it was no wonder to me why they felt joining a gang was their best shot of feeling some kind of community, protection, stability and love.

I knew, instinctively, that poverty was a root cause of violence-not ethnicity – as stereotypes perpetuated on TV would like me to believe. As a teenager in the 90s, dealing with poverty and gang violence, I could relate to the songs of Tupac Shakur, especially ones in which he rapped about how unrealistic it was to expect youth to thrive if no resources were given to our schools, communities, and families. I remember the first time one of his lyrics pushed me to think critically. I was 12 years old, waiting in the car for my mom while she was doing an errand, and his lyric, “they got money for war, but can’t feed the poor…” made me think about the economic issues in the world and why there was so much poverty.

For most of my K-8 education, my parents worked as many jobs as they could to put us through private education. Although my abusive father eventually stopped beating my mother, there were other ways in which he remained very abusive so during my Freshman year in high school, when my mom had built up just enough of her independent financial stability, she left my father. But as a single mother, she could not afford private education so my two sisters and I had no other option but to attend public high school. My experience with public education was a form of culture shock.

I was no stranger to violence so it was no surprise to me that there was more violence at my public school.  I knew that most of my peers were growing up in oppressed and violent neighborhoods similar to the one I was growing up in. What did cause me to have the feeling of culture shock was the lack of resources public schools had, which was especially shocking when compared to the resources of private schools. It was shocking to me that youth who were struggling in poverty-whether Black, White, or Latino – were not given more resources. Of course, we were more violent. Fighting to survive was all we knew. And it was clear that this system was a set-up. Schools had not been originally established to educate us and the struggle to make education truly multicultural, relevant, and interactive continues to this day.

There is now more and more research proving this correlation between oppression, stress, poverty, poor education, violence and disease that I am giving you a snapshot of personal perspective on.  It is not video games, movies, or music that create a culture of violence; war, greed, and unfair labor wages are some of the key root causes of a disastrous culture of competition and violence.

The solution? Slowly but surely we can make this world a better place. But it would be naïve and idealistic to hope for some utopian world without conflict and drama. Obstacles and pain in life are inevitable, but what we can control is our reaction to these events in our life. What is important is how we deal, how we respond to the conflict and drama in our lives. Once we replace competitive structures with cooperative structures that benefit the collective instead of feeding the greed of a few, a culture of unity is fostered.