Diversity at the Oscars 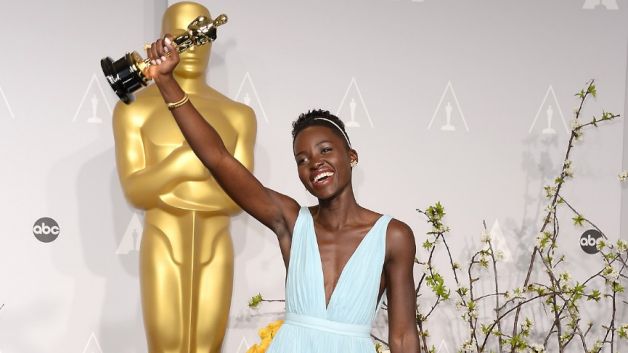 It wasn’t too long ago when Halle Berry broke the color barrier and became the first African American to win Best Actress in 2002 for Monster’s Ball. Her speech was emotionally raw and captured such a beautiful moment in history.

It’s evident that Halle understood the significance of her win. In her speech she said, “This moment is so much bigger than me. It’s for every nameless faceless woman of color that now has a chance because this door tonight has been opened”.
Sidney Poitier also stands with Halle. He won in 1963, when became the first black actor to win an Academy Award for Best Actor for his role in Lilies of the Field. Sidney and Halle have paved the way for all actors of all colors to finally receive the recognition they earned.
This award season is as colorful as ever, showcasing the amazing, gifted nominees from a wide range of ethnicities. This is truly representative of our Mixed Nation.
Some of our favorites include Lupita Nyong’o and Chiwetel Ejofor for 12 Years a Slave along with Barkhad Abdi for his supporting role in Captain Phillips. Lupita Nyong’o is a Mexican-born Kenyan actress who has gracefully walked into the spotlight for both her acting talent as well as her fashion. Chiwetel Ejofor is a British-Nigerian actor nominated for Best Actor in a Leading Role. Lastly, Barkhad Abdi is a Somalian born actor who made his cinematic debut acting along side Tom Hanks.

There is a touching interview with Chiwetel Ejofor’s sister, Zain Asher, expressing her joy for her brother’s accomplishments. It truly is heartwarming!

2 responses to “Diversity at the Oscars”