5 Times When My Mixed Race Mixed Up Other People 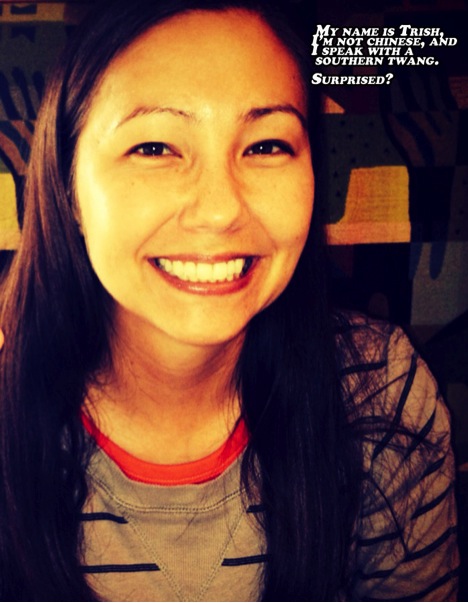 If you have a mixed race background like I do, there’s a high probably that at some point in your life you have been mistaken for just one of those races, or a completely different race. Or that someone made an assumption about your race that was totally because of a stereotype. I know this because all of this has happened to me, and everyone I know who has a mixed race background has told me about similar encounters.

I’m not angry at anyone for not knowing my mix. I could easily pass for full Korean, or even half Chinese or Japanese. I’ve even been told that I looked Alaskan. When you have physical characteristics of different races, it can be hard for people to truly know your background. What I don’t appreciate is when people make an assumption and then don’t even try to get to know the truth. To me that is sad, because according to a census more people in the U.S. identify as mixed race than ever before.

I think that the more we can learn from other people’s mixed backgrounds, the more we can appreciate this melting pot that we call America. So that’s why I wanted to share my personal experiences. Here are five real life encounters where my mixed race background mixed up people’s perception of me. Luckily, I was able to learn from them and appreciate my heritage even more.

When I was in middle school there was a girl in my chorus class who always called me Kristi Yamaguchi. It never failed. The moment I would walk in she would be sitting in her chair, and she’d say “Hey Kristi Yamaguchi!” and then laugh as I turned red and awkwardly walked pass her. I never stood up for myself because I was too shy and scared of confrontation, and I never had the guts to tell her that I was Korean American, and not Japanese American like Kristi. However, that was the year of the 2012 Winter Olympics in Alberta, France, when Kristi took the gold medal in singles figures skating, so I took the name-calling as a compliment instead of getting angry.

What I learned: Never miss a chance to educate others. I realize now that I should have taken the opportunity to correct her and tell her about my Korean background. She could have learned something new, and she may have even apologized.

I shared this encounter in a previous article about The Race Card project, a project created by Michelle Norris, NPR host of All Things Considered. The project allows people to share their experiences with racism and cultural identity on a single card. Here was my card:

What I Learned: Never assume someone’s race by their last name. A name is simply a name, and it does not define you, your relationship with someone else or your family.

I grew up in Newport News, Virginia, which is considered the South. If you combine that little detail with the fact that my father’s family is from Oklahoma, then it was inevitable that I would grow up to have some sort of a “Southern twang.” I personally don’t think I do (most Southerners don’t) but since being in Maryland it’s been pointed out to me several times. Once such time was when I was in our employee break room. I started talking with someone from another department and she suddenly stopped me and said, “Where are you from?” I told her Virginia, and she looked stunned. She said, “I never would have thought that an Asian person could have a Southern twang.” I chuckled because it was funny at the time, but later it made me more self-conscious about my accent, and now I try not to say “Y’all” when I talk.

What I Learned: Learn to embrace all languages and accents. We get accents because of where we grew up, and many people learn multiple languages because of their family heritage. Now I take the time to ask people about their background, and try to learn new words in different languages to embrace cultural diversity.

Every month at work our CEO randomly chooses people from different departments to get together for lunch. We have a nice catered meal, get to ask him questions and also meet other employees. The particular day that I had lunch we were about to end the session, when another employee asked the caterer (a nice older Russian woman who had prepare the meal) about the type of noodles we were eating. They were obviously cold Thai peanut noodles (obvious to me because I love them). The woman was trying to remember, and then she turned to me and said, “I don’t know. You should know right?” I actually smiled and shook my head, even though I knew, because I had been put on the spot in front of everyone!

This was the most recent experience that happened, which was about a month ago. I had made an appointment to get my eyes checked, and since this was the first time I had been since my name changed after marriage, they had to update and confirm my personal information in the system. The lady at the front desk was typing in my information and then asked me, “What is your race? Caucasian?” I actually paused because I have never been mistaken as full white before. I’ve always been told I look more Asian, so this was a surprise to me. I actually stumbled over my response and said, “Well I’m half Caucasian. My mother is Korean.” Then she said, somewhat surprised, “Oh okay, so you’re mixed.” She then typed it in and I went about my way. I was happy that “mixed” was an option in their system (some places still haven’t update their options to include two or more races) but it was also weird to me because no one had ever assumed I was completely that half of my heritage before.

What I Learned: Don’t assume you know what others will assume. Just because I have been viewed as more Asian my entire life, that doesn’t mean that someone else won’t see me differently.

So those are just a few experiences I’ve had where my mixed race mixed up people’s perception of me. Do you have any similar stories?