The Internet’s Response to Interracial Dating 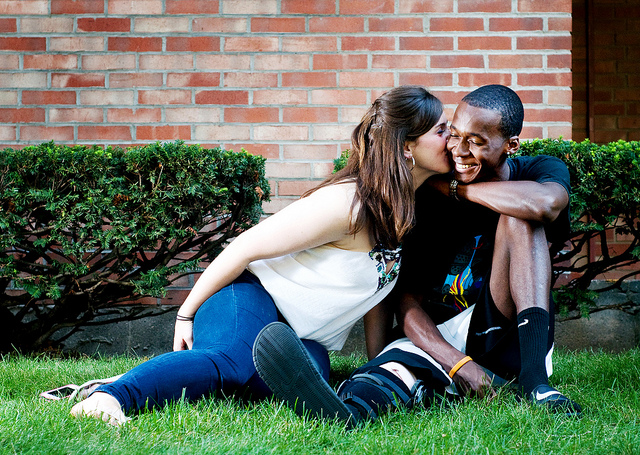 By now, we all know about the Cheerios ad from early this summer and we all had our own strong reactions to the backlash. It amazed us that people on the web, distinguished only by an arbitrary username, felt so anonymous that they could attack an ad that depicted a normal American family. I am sure a lot of us hoped this event would not repeat itself.
Unfortunately, many Internet lurkers are exactly like those bigots. They may not be quite as vocal or as stereotypically racist, but they are there. I often peruse Yahoo Answers, mostly for amusement and sometimes for advice, but there’s always the question in the Relationship section that asks about interracial dating.
For every one of those questions, there is at least one response that lambasts one race or portrays a gross generalization of another – “Asian girls are smarter,” etc. People also ask on that site if it is okay to be attracted to a person of another race. I find it sad someone even feels the need to ask that, to get approval from an audience they will never know.
But for every one of those racists, there are 10 normal people, like the rest of us, who say there is no problem with interracial dating and interracial relationships. Someone will always respond to the bigot and put them in their place. The Internet is so vast that it attracts the creeps, but it also draws in the rational people.
The Internet is probably the best place to look if you want to know about human nature. People with all kinds of likes, dislikes, fears and fetishes flood those pages. Sure, there are many disgusting websites, but there are many great ones too. What this means for us is that most people are not racist. This doesn’t mean there aren’t a good amount of people who are — there always will be prejudice — but more people aren’t.
And even on the Internet, where you can be anyone you want, there are still those who will stand up for ads like the Cheerio’s one or for photos of a mixed child. Another future ad depicting an interracial relationship will draw haters. It’s inevitable. But it will draw even more supporters. That is the beauty of such an open medium.

Gianna Cruet is a Puerto Rican, Basque and Italian journalist working in California's Central Coast. She has lived in the San Francisco Bay Area and in Reno and is a graduate of the Reynolds School of Journalism at the University of Nevada, Reno. See more articles by this author >

5 responses to “The Internet’s Response to Interracial Dating”