Thoughts on Raising a Biracial Child 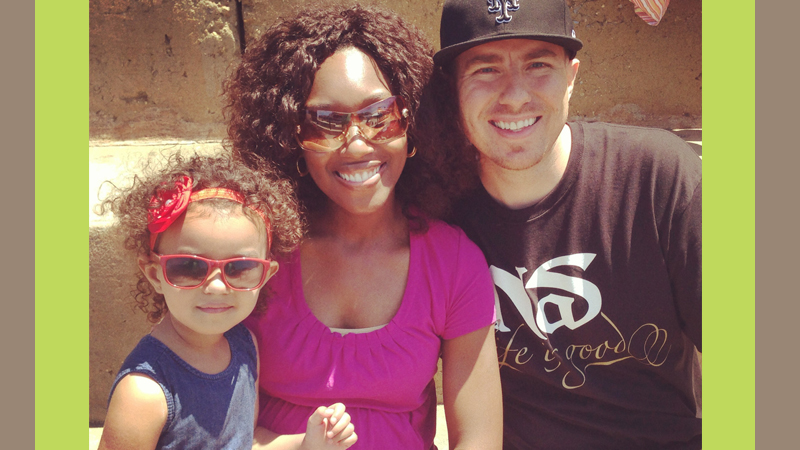 The first time I found out that my husband and I would be expecting our first child I was so overjoyed. I had always dreamed of becoming a mom. With excitement came fear – I worried how my child would be treated by society. Would he or she be forced to pick one race over the other?

According to a recent report by the Pew Research Center, about 15% of all new marriages in the United States in 2010 were between spouses of a different race or ethnicity from one another, more than double the share in 1980 (6.7%). This research leads me to believe that there may be more biracial kids being born everyday.

While I do find solace knowing that my children may be meeting more kids like themselves, there are still a select few people who may discriminate. After the birth of my daughter, I remember receiving a lot of compliments on how beautiful she was. But at the same time, I also received awkward stares and comments. I remember one woman telling me that my daughter looked sick because she was too yellow. If we were out as a family, people would put two and two together. But if I was alone with her, some would ask whether or not she was mine. I’ve grown to realize some folks have no filter when it comes to interracial families.

My daughter, Princess, is beginning to look more like me. So the “is she yours?” question hasn’t happen as often as before. I’m so busy dealing with an energetic tot that I don’t even notice people’s negative reactions as much anymore. However, she’s now building bonds with other kids at daycare, and I do wonder how she views herself.

Princess has mentioned to me that she considers herself to be white. She’s also expressed an interest in styling her hair like one of her friends. The little girl she was referring to happens to have straight long blond hair.

As a result, I have made it my mission to make sure that my little girl is fully aware of her heritage. I remind her to love her beautiful curls everyday.

Now that I’m getting ready to deliver my second child within the next few weeks, I’m beginning to wonder about how things will be all over again. Like the first pregnancy, we didn’t find out the gender. Will having a biracial boy be any different? Would he want straight hair like his friends? Would he choose one race over the other? How would society treat him?

While I find comfort knowing that more and more mixed couples are tying the knot, there are always going to be a few folks who still may not get it. I’m in no way implying that non-mixed marriages will have a negative impact on my kids. But the reality is that seeing more children like themselves could influence my kids in a positive way. I’m just hoping that one day this won’t even be a topic of discussion. Raising mixed kids would just be the norm.

In the meantime, it’s up to me as a parent to make sure that my children know who they are and love the skin they’re in.

Stacy-Ann Gooden writes about balancing career and motherhood in her blog, Weather Anchor Mama. Be sure to check out her latest project, 30 Things My Kids Should Know About Me, and Pregnancy Diaries, as she counts down to the arrival of her second child. You can also follow her on Twitter.

Balancing career and motherhood is no easy feat. But, Stacy-Ann Gooden is having fun trying to figure it all out. She spends her day in front of the camera forecasting the weather. But, her most important role is being a wife and mom. Between tracking storms and chasing after her little ones, you can find her blogging about her many adventures at WeatherAnchorMama.com. Connect with her on twitter @weatheranchorma, pinterest, and facebook. See more articles by this author >

19 responses to “Thoughts on Raising a Biracial Child”