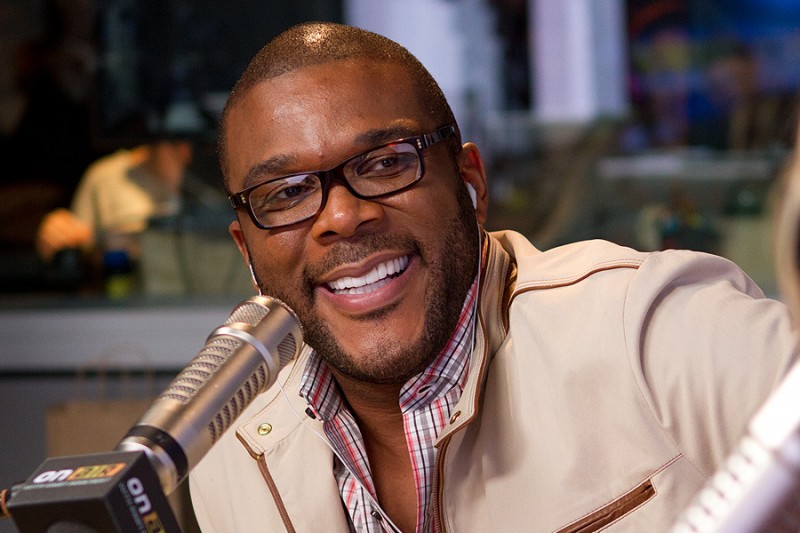 Simple: wanting all people to get along and focus on our similarities instead of our differences. Difficult: getting people to understand why it is so hard for some people to unlearn prejudice. I must give credit to Tyler Perry for using humor to address complicated issues such as racism, prejudice, and sexism. There are so many levels to these issues, which is what makes them so complicated at times but you have to start somewhere and this movie (A Madea Christmas) – meant for mainstream audiences- uses humor to open that Pandora’s box.

Humor is used to scratch the surface of the complex levels of prejudice in our society. There is a little boy who gets teased by the other kids just because he is the son of a farmer, whereas most of the other kids are city kids. Within that farmer boys‘ family, it also shows the sexist ways in which his mom is sometimes treated by his dad and the prejudice parents can have towards kids just because they are young.

Although it did an amazing job of showing examples of the different types of cultural clashes that exist- rural vs. urban, men vs. women, parents vs. kids- what I felt was missing from this movie was some kind of compassionate understanding for how difficult the healing process is for people who have been through much more historical and first-hand trauma than other people. I completely agree that prejudice is wrong, no matter whom is doing it to whom. I guess I was just a little bothered by the lack of historical context in the movie. But, as a good friend reminded me, how can we expect studio films targeting a mainstream audience to be full of depth? I still think it’s sad though that we have to lower the standard for films targeting mainstream audiences.

Too often, it seems that victims are being told to “get over it” instead of being given opportunities to truly heal so that the victims can become empowered and do not get stuck in operating from the victim perspective. Given the disastrous consequences that centuries of slavery and colonization caused for thousands of families and many generations thereafter, I think there should be more empathy for how complex and difficult this healing process is for many people. True, we can’t expect every movie-especially one using humor as it’s main tool- to give such in-depth background information. But, we can use our critical thinking skills to use such films as a springboard to spark the respectful and open discussions that are crucial to unify our diverse communities.

There are still ripple effects of oppression to this day; this film definitely showed many ways in which this is true. Much respect to the organizations out there educating young people with the media literacy skills they need in order to be able to read between the lines of mainstream movies. Films sometimes do a mediocre job of providing such historical contexts simply because they are operating within certain restrictions inherent in the film industry. But if you equip yourself with media literacy skills, then you will be able to discern between simple entertainment provided for humor and the deeper message meant as food for your soul.