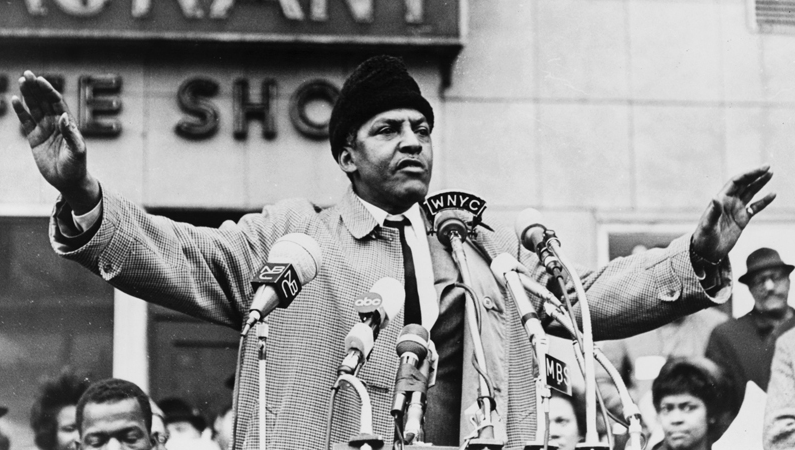 Most people know who Martin Luther King, Jr. is but not many are aware of the fundamental role that Bayard Rustin also played in the Civil Rights Movement. Being the conscious activist and educator he was, he dedicated his whole life to working for human rights and was in the trenches alongside Martin Luther King, Jr, debated with Malcolm X on several occasions and participated in various African independence movements in addition to his local civil rights community organizing.

Unfortunately, one of the reasons why Rustin is not prominent in history books is because he found himself having to compromise the expression of one of his identities in order to propel the momentum of the Civil Rights Movement as forward as possible in the 1950s and 60s. Bayard Rustin was an African American gay man. Unlike the color of his skin, he could try to hide the fact that he was gay. However, in 1953, Rustin was arrested for supposedly engaging in an illegal homosexual activity. Rustin believed the FBI set him up in order to use it against him, knowing what a key role he was playing in the civil rights movement as well as how controversial his being gay was.

Indeed, this FBI divide and conquer strategy led to Rustin being fired from the Fellowship of Reconciliation, the activist group he was a part of. Sadly, he realized that much of society, which unfortunately included some of his fellow African American and activist comrades were not ready to accept gay rights. At the time they did not consider them as being a significant human rights issue like the civil rights for African Americans. During this period in his long activist career, he even asked colleagues to keep his name off the author credits for a book he co-wrote because he did not want to risk his now tainted name to hurt the book sales.

Bayard Rustin did not let this negative discrimination deter him from his dedication to working for human rights. Fast-forward 10 years to 1963, Rustin becomes chief organizer for the now historical March on Washington. This position held a huge amount of responsibility. Among the many tasks were: coordination of travel and lodging, outreach, speakers, security, and creating media press releases. This and much more needed to get done with less than two months of planning time.

On the day of the march, Rustin helped organize forty television cameras to be posted at the Lincoln Memorial, which was the largest outdoor television operation attempted yet. Through new technology at that time, it was impressive that coverage would not only reach all of the United States, but also Europe. The march flowed beautifully with no incidence of violence, surpassing everyone’s expectations and catapulting the civil rights movement to the next level. Rustin refers to this event as one of the proudest moments in his career.

*If you would like to learn more about this important leader, check out Behind The Scenes of the Civil Rights Movement by James Haskins. That is where I got the information for this brief biography.